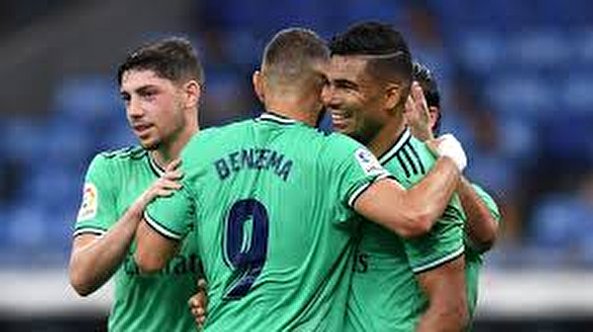 Madrid piled on the pressure late in the first half and could have found the breakthrough in the 43rd minute, if it had not been for Espanyol keeper Diego Lopez who denied Real’s multiple attempts in a goalmouth scramble.

But Casemiro’s effort before half-time finally evaded Lopez to break the deadlock, as Karim Benzema teed up his teammate with a gorgeous back-heel through a defender’s legs.

Zidane’s men then guarded their slim advantage up to the end to reclaim top spot in La Liga, and open up a 2-point gap with Barcelona, with six games to go.