COVID-19 updates: More than half a million now dead from pandemic globally

Monday, 29 June_The number of coronavirus cases around the world has now surged past the 10 million mark, while more than 500 people have so far lost their lives to the virus, according to Johns Hopkins University data. 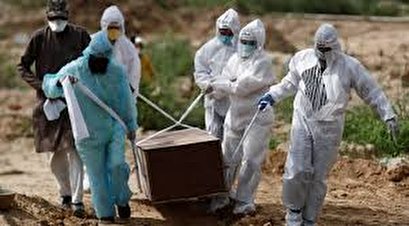 According to the latest figures released by the prominent academic medical center, the global caseload stands at 10,154,984 and the world's death toll at 502,047.

Although data shows the overall rate of death has flattened in recent weeks, health experts have expressed concerns about record numbers of new cases in countries like the United States, India and Brazil.

Over 4,700 people are dying every 24 hours from COVID-19-related disease around the world, a Reuters tally shows.

The United States with 125,804 fatalities accounts for a quarter of the deaths. It has also reported some 2,548,996 confirmed cases of the viral infection.

In Latin America, COVID-19 cases on Sunday surpassed those detected in Europe, making the region the second most affected by the pandemic after North America.