Tuesday, 30 June_Iranian President Hassan Rouhani will host a virtual conference with his Russian and Turkish counterparts on the situation in Syria and the Arab country’s peace process on Wednesday. 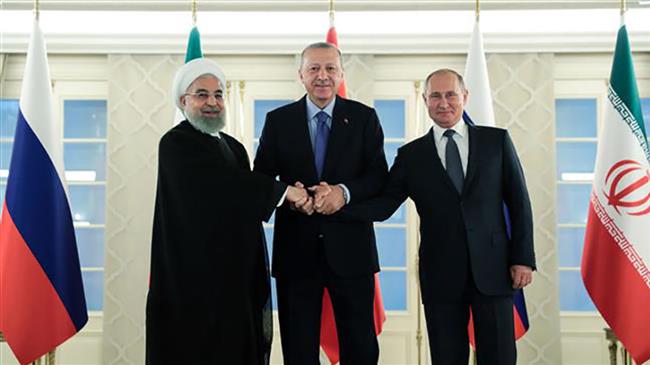 In a post on his Twitter account on Tuesday, the Iranian Presidential Office’s Deputy Chief for Communications and Information Alireza Moezi said the extraordinary meeting among Presidents Rouhani of Iran, Vladimir Putin of Russia, and Recep Tayyip Erdogan of Turkey would be held on Wednesday.

He added that the participants would “discuss regional and international developments pertaining to Syria.”

Peskov said the call would take place around 1100 GMT.

The talks among the three guarantor states for Syrian peace would be the first of its kind since September, and would come as the conflict in the Arab country has entered its 10th year.

Earlier, on June 15, Iranian Foreign Minister Mohammad Javad Zarif had said that the presidential meeting would be held to facilitate peace in Syria within the framework of the Astana peace process.