Tuesday, 30 June_A group of US lawmakers has called on the Trump administration to sever its diplomatic relations with Israel as it goes ahead with its highly controversial scheme to annex parts of the occupied Palestinian territory in the West Bank. 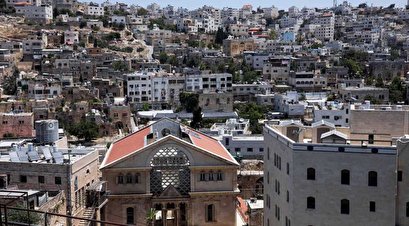 In a letter addressed to Secretary of State Mike Pompeo, a dozen Democratic lawmakers, spearheaded by Rep. Alexandria Ocasio-Cortez, warned against the Israeli land grab scheme.

Annexation would be a "clear violation" of international law, the letter read.

Seizing Palestinian land for Israeli settlements “would actively harm prospects for a future in which all Israelis and Palestinians can live with full equality, human rights and dignity, and would lay the groundwork for Israel becoming an apartheid state, as your predecessor John Kerry warned in 2014,” it read.

The move would "perpetuate and entrench human rights violations" against Palestinians, the lawmakers warned.

The lawmakers urged Washington to slash military aid to Israel if it went ahead with the annexation scheme. Should Israel "continue down this path, we will work to ensure non-recognition of annexed territories as well as pursue legislation that conditions the $3.8 billion in US military funding to Israel to ensure that US taxpayers are not supporting annexation in any way.”

Signatories of the letter urged Pompeo to take action against Israel's expansionist police. "We call on you to take all necessary action available to reverse course on this proposal,"

The letter which has yet to be finalized is currently being circulated by Ocasio-Cortez to attract more signatures.

In reaction to the release of part of the letter in media, the American Israel Public Affairs Committee (AIPAC) pro-Israeli lobby issued a warning, saying the letter threatened "US-Israel relationship in ways that would damage American interests, risk the security of Israel & make a two-state solution less likely.”