Tuesday, 30 June_Pakistani Prime Minister Imran Khan has accused India of being responsible for a recent attack on the Pakistani Stock Exchange building in the southern port city of Karachi. 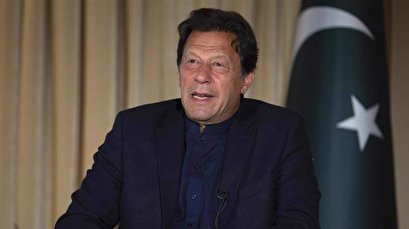 Khan said in an address to the Pakistani parliament on Tuesday that he had “no doubt” that India was behind the raid on the building, which is located in a high-security zone of Karachi, a day earlier.

“There is no doubt that India is behind the attack,” Khan said.

“For the last two months, my cabinet knew [there would be an attack], I had informed my ministers. All our agencies were on high alert,” the Pakistani prime minister said.

Pakistan’s Foreign Minister Shah Mahmood Qureshi also blamed New Delhi for involvement in the assault. The top Pakistani diplomat said the attack had been carried out by sleeper cells “activated” by India.

“Unlike Pakistan, India has no hesitation in condemning terrorism anywhere in the world, including in Karachi,” said India’s Ministry of External Affairs Anurag Srivastava in a statement after the attack.

A group of heavily armed assailants attempted to storm the headquarters of Pakistan’s largest stock exchange on Monday, using firearms and grenades. The assailants initially threw a grenade before opening fire on a security post outside the building, killing two guards and a police officer. Several others sustained injuries.

Security forces, however, intervened and foiled the attack by killing all the four gunmen involved in the assault.