Decoupling from China will be detrimental to US

Tuesday, 30 June_Decoupling – the notion that the US should sever all relations with China – will be to the detriment of the United States and disrupt American industrial production, according to Patrick Lawrence, an American political analyst and foreign affairs journalist. 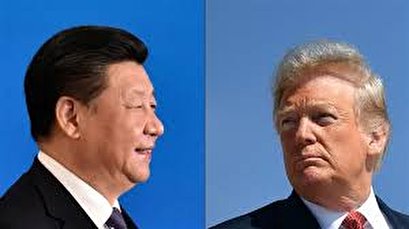 With tensions continuing to rise between the US and China, experts warn that the two rivals are potentially heading into a new “cold war” that could prove damaging to the global economy.

President Donald Trump has raised the possibility of a “complete decoupling” from China. Decoupling, the process of breaking the deeply intertwined economic links between the two countries, would represent a major change in US-China relations.

Inconsistent messaging from the White House, coupled with the coronavirus pandemic and Beijing’s drive to limit Hong Kong’s autonomy, has led to frictions between the world’s two largest economies far beyond tariffs or targeted sanctions.

Lawrence, a writer and columnist in Norfolk, Connecticut, said he doesn’t think the United States is “in a new Cold War with China yet but I think we're headed in that direction.”

“A couple of things to say here. One, I think certain factions in Washington want one, notably Secretary of State Pompeo and those around him, but there's no, there's no unity in Washington as there was during the first Cold War with the Soviet Union,” he stated.

“Second, there's no unity among the Western countries. The Europeans to their credit are not buying this idea that we must cultivate a hostile relationship with China as a strategic adversary. They value their relations with China economically, of course, and they're not really buying into the Trump administration's proposals,” Lawrence told Press TV in a phone interview on Tuesday.