Wednesday, 01 July_A senior Iraqi lawmaker has reiterated the call for the expulsion of American forces from his country, saying the US jets are violating the Iraqi airspace on a daily basis and killing or injuring dozens of people in their attacks. 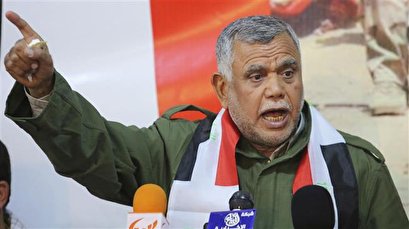 Hadi al-Ameri, the head of the Fatah (Conquest) Alliance in Iraq's parliament, made the remarks on Tuesday and said time has come to bring stability to Iraq and that the goal will not be achieved with the presence of US troops in the country.

Ameri also underlined that the US threatens to attack anyone who is not affiliated with them, such as top Iranian commander Qassem Soleimani and deputy head of Iraq's Popular Mobilization Units forces Abu Mahdi al-Muhandis.

Soleimani, the commander of the Quds Force of Iran's Islamic Revolution Guards Corps, along with Muhandis and several of their companions, was assassinated in a US airstrike authorized by President Donald Trump near Baghdad International Airport on January 3.