Tehran, YJC. Marmara University faculty member says there are connections between ISIS movements in Iraq and the war on Gaza. 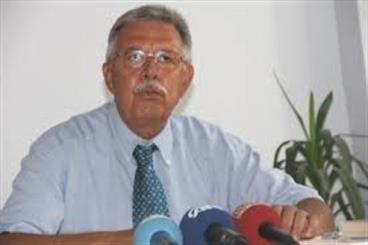 Dr. Cüneyt Akalın, faculty member at Marmara University n the Fatih district of Istanbul, Turkey providing comments on current regional developments said "In 2000-2001 when the US neocons were getting ready to occupy Iraq, the major part of Turkey’s political entities were against it. The democrats mostly agreed that occupying Iraq would lead to its disintegration and finally the disintegration of Turkey.”

"In the meantime Recep Tayyep Erdogan who lead the Justice and Development Party won the 2003 presidential elections. Then he adopted a policy whereby to nullify and to make ineffective the country’s nationalist side. On the other side the AKP would watch the US occupy Iraq without any intervention or any comment,” he said.

The university professor added "On the other side there were some Turkish intellectuals who tried to support the legal Syrian government, warning the Turkish government that interference with the country’s affairs would spark ethnic clash in the region. But the Erdogan administration is helping al-Qaeda and Daesh both overtly and covertly. "

Cüneyt Akalın further pointed to the ongoing Israeli attack on Gaza and said "Following meetings by Hamas and the Palestinian National Authority to form a unified Palestinian front, the Zionist regime started operations to intercept such meetings. One of such measures was to support the ISIS occupy Mosul.”

He also claimed that Erdogan works in cooperation with Barzani to form an independent Iraqi Kurdistan, saying "It is so obvious that the Erdogan administration is trying to form new interests with the Barzani government by taking part in the project to switch the area’s oil to the Mediterranean, accusing Maliki with attempt to create disagreement among Iraqi groups, as well as over and clandestine cooperation with the ISIS.”