Wednesday, 01 July_China’s passage of a national security law for Hong Kong drew international condemnation on Tuesday, with the United States and its Asian and Western allies criticizing a move that heralds a more authoritarian era for the former British colony. 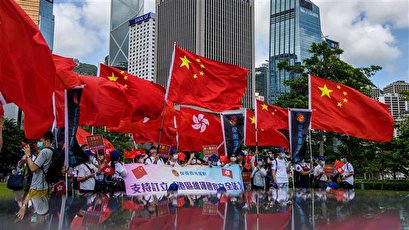 The law punishes crimes of secession, subversion and collusion with foreign forces with up to life in prison in Hong Kong, which was guaranteed freedoms not enjoyed on the mainland under a “one country, two systems” formula at its 1997 handover.

“As Beijing now treats Hong Kong as ‘One Country, One System,’ so must the United States,” White House National Security Council spokesman John Ullyot said in a statement. “We urge Beijing to immediately reverse course.”

“The United States will continue to take strong actions against those who smothered Hong Kong’s freedom and autonomy.”

US House Speaker Nancy Pelosi called for sanctions and other steps against China, saying the “brutal” law would “frighten, intimidate and suppress” those peacefully seeking freedom.

China says the law is necessary to tackle secession, subversion, terrorism and collusion with foreign forces following anti-government protests that escalated in June last year and plunged the city into its biggest crisis in decades.