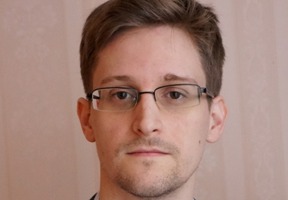 In an interview with the Guardian, Snowden talked about the impact of poor auditing systems within the NSA. He claimed many people sifting through monitored communications were 18 to 22 years old and suddenly put in a position of extraordinary responsibility that was sometimes abused.
"In the course of their daily work they stumble across something that is completely unrelated to their work, for example an intimate nude photo of someone in a sexually compromising situation but they’re extremely attractive,” said Snowden.
"So what do they do? They turn around in their chair and they show a co-worker. And their co-worker says: ‘Oh, hey, that’s great. Send that to Bill down the way,’” he said.
Snowden, who lives in Moscow after being granted temporary asylum last year, added that this information is never reported and nobody knows about it because of inadequate oversight.
He said the interception of intimate images was "routine enough” and described it as "sort of the fringe benefits of surveillance positions.”
He added, "The mere seizure of that communication by itself was an abuse. The fact that your private images, records of your private lives, records of your intimate moments have been taken from your private communication stream, from the intended recipient, and given to the government without any specific authorization, without any specific need, is itself a violation of your rights.”
NSA spokeswoman Vaneé Vines gave a comment to the New York Times on the allegations. The Times paraphrased her as saying that "the agency had zero tolerance for willful violations of authority or professional standards, and that it would respond as appropriate to any credible allegations of misconduct.”
The time
Share to
Tags
Snowden ، NSA ، Sexually ، Photographs
Your Comment