Russia says new changes to the Russian constitution, including an amendment that allows President Vladimir Putin to potentially remain in power until 2036, will come into force on July 4. 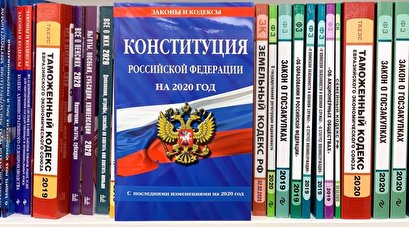 In a statement on Friday, the Kremlin said that the changes would come into force on Saturday, three days after a week-long referendum ended, with almost 78 percent of the electorate casting their ballot in favor.

The constitutional reforms – in total, over 200 changes - would allow President Putin, 67, two more six-year terms if re-elected. Under the current constitution written in 1993, Putin is banned from seeking re-election when his current mandate ends in 2024.

The Kremlin also hailed the vote, with a 65 percent turnout, as a significant triumph.

Putin, who has dominated the Russian political landscape for the past 20 years as either president or prime minister, also said on Friday that Russians had felt the need for the changes “in their hearts.”

He also said that Russian society had shown unity by voting to support the necessary reforms.

The reforms also include an amendment that grants former Russian presidents automatic immunity from criminal prosecution.

The changes will also expand the parliament’s powers and ban senior officials from having a residence permit in other countries, among other stipulations.