Friday, 10 July 2020_The Saudi regime, long claiming to be the custodian of Muslims’ holiest shrines, has sparked widespread controversy over granting permission for a “raunchy” photo shoot of international supermodels in the ultra-conservative kingdom. 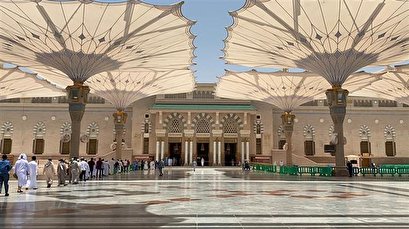 The Middle East Monitor press observatory organization revealed on Thursday that the kingdom in Riyadh, under Crown Prince Mohammed bin Salman, had permitted Vogue Arabia — the Arab edition of the renowned US-based fashion magazine — to “conduct a raunchy photo shoot of international supermodels within the historical site of Al-Ula” in the western region of Medina.

In the photo shoot, called “24 hours in AlUla”, the models were seen wearing tight and skimpy clothes while they posed and sashayed around the UNESCO World Heritage site, which has been hailed as the largest open air museum of carved rock structures in the world.

The site of the photo shoot is around 300 kilometers away from the holy city of Medina and near Mecca, which are the two holy cities revered by the entire Muslim community across the world.

The controversial move comes as the Al Saud regime has in recent years come under intense pressure by rights groups for mistreating women and heavy-handed crackdown on dissent.

The photo shoot has been claimed to be as part of a series of reforms that the kingdom has been implementing in recent years in order to open up its economy to international tourism and normalization with Israel.