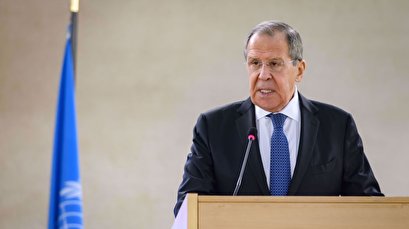 Last month, The New York Times said in a controversial report that a top-secret unit within the Russian military intelligence, the GRU, allegedly offered monetary rewards to Taliban-linked militants who would kill US troopers in Afghanistan last year. Other outlets have since carried reports about the allegation.

Late last month, the Pentagon said it could not validate the reports.

Moscow has denied the allegation. So has the Taliban group.

Meanwhile, the RIA news agency quoted Lavrov as saying that he was not optimistic that the New START nuclear arms control treaty between Russia and the United States would be extended.

He acknowledged, however, that the risks of nuclear confrontation had seriously increased.

“I agree that nuclear risks have recently increased substantially, that the security situation, international strategic stability are openly deteriorating. The reasons are also obvious to everyone: the US wants to regain global dominance and achieve victory in what they call the rivalry of the great powers,” Lavrov said on Friday.

Washington and Moscow have been negotiating to extend the New START, which will expire in 2021.

The New START can be extended for another five years with mutual agreement.

The US President Donald Trump administration had earlier unilaterally withdrawn from another treaty with Russia, the so-called Intermediate-Range Nuclear Forces (INF) Treaty.