Monday, 13 July 2020_A group of Lebanese legislators have called on Foreign Minister Nassif Hitti to take proper measures against the US ambassador to Beirut over her comments against the Hezbollah resistance movement. 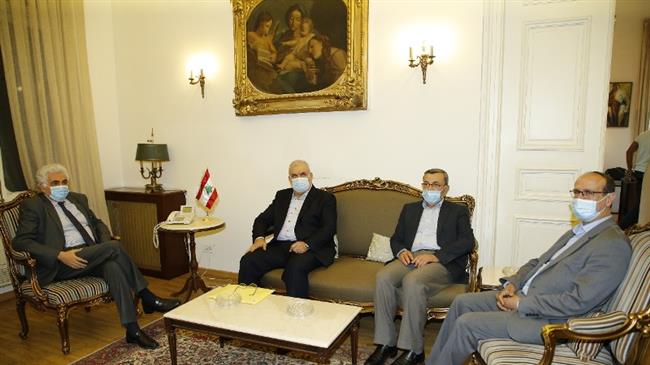 Members of the Loyalty to the Resistance Bloc, led by Mohammad Raad, met with Hitti on Monday and submitted a formal protest to him. They highlighted that American Ambassador Dorothy Shea, ever since she assumed office on March 11, has been infringing upon diplomatic principles and international conventions, and pitting strata of the Lebanese society against each other through her statements and actions.“Such a behavior prompted us to voice our protest and condemnation, and to demand the minister of foreign affairs to regulate the activities of the ambassador in accordance with the Vienna Convention on Diplomatic Relations of 1961, which obliges diplomats to respect the laws and regulations of the country accredited to it, and not to interfere in the internal affairs of that country as per Article 41 of the Convention,” Raad said after the meeting.

He added, “Financial and other appointments in our country are a purely domestic Lebanese issue. It is very reprehensible that the US ambassador to Lebanon intervenes to make statements about these issues.”

“Blaming a national group for Lebanon’s ongoing economic crisis, and falsely accusing it of controlling the government is a tremendous offense, since the [Hezbollah] resistance movement liberated the Lebanese territories from the clutches of the occupying Israeli regime and rejects US' arrogant policies as well as its unfair and arbitrary practices,” the Lebanese parliamentarian pointed out.

Raad noted, “These sweeping statements by Ambassador Shea must be stopped. The state has its sovereignty and so does the nation as regards its dignity. It is never permissible to be inactive towards such disparaging remarks, which … are meant to create rifts within the Lebanese nation.”