Tuesday, 14 July 2020_Libya’s conflict seems to be headed for escalation, with the pro-rebel parliament “approving” Egyptian military intervention in the country, and Turkey conditioning an earlier ceasefire to the handing over of Sirte city and Jufra airbase to the government. 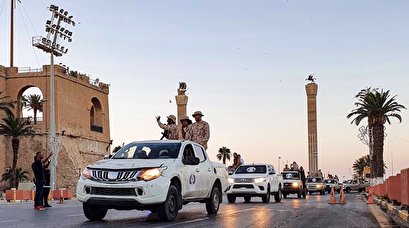 In a statement on Monday, the Libyan parliament based in the eastern city of Tobruk said, “The Egyptian armed forces have the right to intervene to protect Libyan and Egyptian national security if they see an imminent threat to the security of our two countries.”

Libya’s internationally-recognized government is based in the capital, Tripoli. The Tobruk-based parliament and the rebels fighting to protect it lay a rival claim to power and receive foreign backing primarily from Egypt and the United Arab Emirates (UAE).

Libyan government forces are supported by Turkey, and they have been able to push the rebels as far back in the country as the city of Sirte, on the Mediterranean coastline.

Egyptian President Abdel-Fatah el-Sisi said last month that the cities of Sirte and Jufra were a red line for Egypt and ordered the Egyptian military to be prepared for overseas missions.

Libya’s eastern-based parliament said in its statement that it welcomed the words of the Egyptian president.

Libyan government forces have tightened the noose on Sirte in the past several weeks, and a major battle for the city is imminent. The rebels have been reinforcing their ranks, too.

“We call for joint efforts between the two brotherly nations — Libya and Egypt — in order to defeat the occupier and maintain our common security and stability in our country and region,” the Libyan parliament said, in an apparent reference to Turkey, which has dispatched troops to Libya.