Thursday, 16 July 2020_The Twitter accounts of major companies and individuals have been compromised in one of the most widespread and confounding hacks the platform has ever seen, all in service of promoting a bitcoin scam that appears to be earning its creator quite a bit of money. 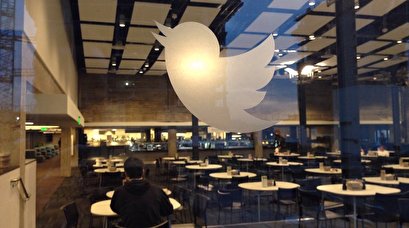 We don’t know how it’s happened or even to what extent Twitter’s own systems may have been compromised. The hack is ongoing, with new tweets posting to verified accounts on a regular basis starting shortly after 4PM ET. Twitter acknowledged the situation after more than an hour of silence, writing on its support account, “We are aware of a security incident impacting accounts on Twitter. We are investigating and taking steps to fix it. We will update everyone shortly.”

The company also took the unprecedented measure of preventing verified accounts from even tweeting at all starting some time around 6PM ET. This would seem to be the first time Twitter has ever done this in the company’s history.

The chaos began when Elon Musk’s Twitter account was seemingly compromised by a hacker intent on using it to run a bitcoin scam. Microsoft co-founder Bill Gates’ account was also seemingly accessed by the same scammer, who posted a similar message with an identical bitcoin wallet address. Both accounts continued to post new tweets promoting the scam almost as fast as they were deleted, and Musk’s account in particular appears to still be under the control of the hacker as of 5:56PM ET.

A spokesperson for Gates tells Recode’s Teddy Schleifer, “We can confirm that this tweet was not sent by Bill Gates. This appears to be part of a larger issue that Twitter is facing. Twitter is aware and working to restore the account.”

It’s unclear how widespread the operation is, but it appears to be affecting numerous major companies and extremely high-profile individuals. That suggests someone, or a group, has either found a severe security loophole in Twitter’s login process or third-party app or that the perpetrator has somehow gained access to a Twitter employee’s admin privileges.

The origin of the scam appears to be when Musk’s account issued a mysterious tweet at 4:17PM ET reading, “I‘m feeling generous because of Covid-19. I’ll double any BTC payment sent to my BTC address for the next hour. Good luck, and stay safe out there!” The tweet also contained a bitcoin address, presumably one associated with the hacker’s crypto wallet.

The tweet was then deleted and replaced by another one more plainly laying out the fake promotion. “Feeling grateful doubling all payments sent to my BTC address! You send $1,000, I send back $2,000! Only doing this for the next 30 minutes,” it read before also getting deleted. The tweet posted to Gates’ account echoed the last Musk tweet, with an identical BTC address attached. It was also deleted shortly after posting, only for a similar message to take its place a few minutes later.

Share to
Related News
Apple is expected to unveil its first 5G iPhone/ US cannot offer the Speed
US: Capital punishment is given to the Uber safety driver behind self-driving car over the death of the pedestrian
Tags
Obama ، Twitter ، Biden
Your Comment