Saturday, 01 August 2020_Japan has declared a state of emergency in the Okinawa region due to an "explosive spread" of coronavirus cases, with the majority of them been detected among US forces there. 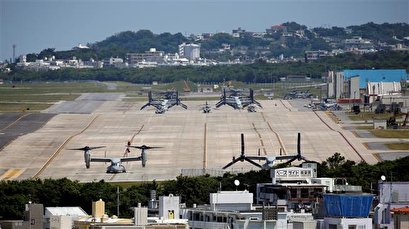 Okinawa Governor Denny Tamaki announced on Friday that the southernmost Japanese prefecture would be placed under a state of emergency from August 1 to 15.

Tamaki called on residents to avoid non-essential and non-urgent outings after a record rise in the total number of daily infection cases in the region.

"A dramatic surge in infections has been seen, and a collapse of the health care system must be prevented at all costs. We are issuing a state of emergency to let you all know that we are at a critical stage," the Okinawa governor said in a press conference.

The coastal Japanese region confirmed a total of 71 infections on Friday, registering a new record high of single day cases for five days in a row.

The latest tally brought the total number of confirmed cases to 395.

The local government in Okinawa said the US forces account for 248 of those cases and that the issue had created tensions among authorities in the Japanese prefecture, including the governor who said he was "shocked" by the high numbers.

The United States is the worst hit country by the coronavirus pandemic, with more than 4.7 million cases and over 156,000 deaths.

Okinawa hosts more than half of the approximately 47,000 American military personnel stationed in Japan. It makes for 64 percent of the land used by the US bases under a bilateral security treaty rooted in imperial Japan’s defeat in WWII.

Many Okinawa residents associate the US military presence with crime, pollution, and accidents and want the entire six bases off the island altogether.

In a closely-watched referendum in Okinawa last year, more than 70 percent of Okinawan voters opposed the relocation and expansion of the US Marines’ Futenma air base to a remote part within the prefecture.

The central government’s plan requires that the US air base — which is currently located in a busy and densely-populated part of Okinawa — be moved to the remote coastal region of Henoko in Nago, some 50 km away.