Saturday, 01 August 2020_Former Chief Constable of Durham, Mike Barton, is adamant that Dominic Cummings’ trip to Durham at the height of the pandemic imposed lockdown, which has been used by some as an excuse for law-breaking making it more difficult for officers to enforce the rules, has “damaged trust in the government and in the rules”. 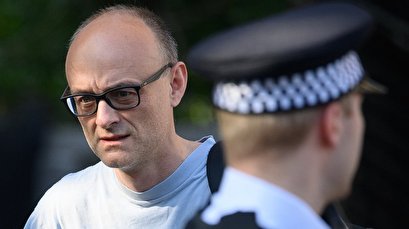 Once the trip had become public knowledge “People were actually using the word ‘Cummings’ in encounters with the police to justify antisocial behaviour,” according to Mr Barton.

Cummings and his family had travelled to his parents’ farm despite ministers repeatedly imploring the public to stay at home.

In an interview with Time Radio, Barton explained that “If the public don’t think the police are operating in a fair and impartial way, you won’t get their trust and you won’t get their support. People who make the rules shouldn’t break them. Otherwise, you can’t expect the little people to do it.”

He further slammed Mr Cummings for failing to apologise for his non adherence to the law and the childish excuses he gave for his actions during a Downing Street press conference, adding that: “His bare-faced effrontery in the rose garden was staggering,”.

Barton said Cummings’s explanation for his trip to Barnard Castle was worse than childish.

He said: “To say that he drove 60 miles with his child in the back of the car, on his wife’s birthday, to go to a beauty spot to test his eyesight, just beggars belief. I wouldn’t have expected a seven-year-old boy who was caught red-handed to have come out with such a ridiculous excuse.”

He added: “So do I think that damaged trust in the government and in the rules? Of course it did. And that’s what the studies are now saying.”

In a research paper by the thinktank British Future, published on Thursday, it was implied that the Cummings lockdown scandal was a key factor in a breakdown of a sense of national unity over the pandemic.