Terrorists organizing murder from their safe havens in US, EU: Iran’s Zarif

Sunday, 02 August 2020_Iran has lashed out at Western countries for financing and harboring terrorists, saying the safe havens provided for these groups in the US and Europe have given them a platform for organizing the murder of innocent civilians. 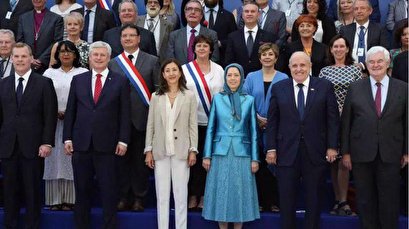 “From their safe havens in US and Europe, they promote hatred, agitate and organize murder and mayhem, and shamelessly claim responsibility for the murder of innocent Iranian civilians,” he added.

His tweet came a few hours after the Iranian Intelligence Ministry said it has arrested the ringleader of an anti-Iran terrorist group based in the United States.

Iranian security forces have managed to arrest the head of the terrorist group, Jamshid Sharmahd, who directed "armed operations and acts of sabotage" in Iran from the US, the ministry said in a statement on Saturday.

Following a complicated operation, the ringleader of the group, named Tondar (Thunder), was arrested and he is "now in the powerful hands" of Iranian security forces, it added.

The ministry said it has dealt a heavy blow to the Tondar group that planned and carried out a deadly terrorist attack on Seyyed al-Shohada mosque in the southern city of Shiraz, Fars Province, in 2008, which killed 14 people and wounded 215 others.