Sunday, 02 August 2020_Connie Culp, the recipient of the first partial face transplant in the U.S., has died at 57, almost a dozen years after the groundbreaking operation. 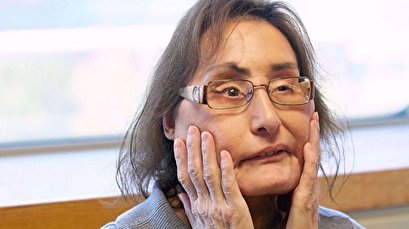 The Cleveland Clinic, where her surgery had been performed in 2008, said Saturday that Culp died Wednesday at the Ohio clinic of complications from an infection unrelated to her transplant.

Dr. Frank Papay, who is the chair of Cleveland Clinic’s dermatology and plastic surgery institute and was part of Culp's surgical team, called her “an incredibly brave, vibrant woman and an inspiration to many."

“Her strength was evident in the fact that she had been the longest-living face transplant patient to date," Papay said in a statement. “She was a great pioneer and her decision to undergo a sometimes-daunting procedure is an enduring gift for all of humanity.”

Culp’s husband shot her in the face in 2004 in a failed murder-suicide attempt for which he was imprisoned for seven years. The blast destroyed her nose, shattered her cheeks and shut off most of her vision. Her features were so gnarled that children ran away from her and called her a monster, The Associated Press previously reported.

Culp underwent 30 operations to try to fix her face. Doctors took parts of her ribs to make cheekbones and fashioned an upper jaw from one of her leg bones. She had countless skin grafts from her thighs. Still, she was left unable to eat solid food, breathe on her own, or smell.