Tropical Storm Isaias nears Florida before heading for the Carolinas 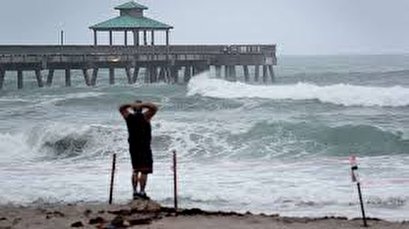 The storm is expected to make its way up the East Coast after bringing downpours and gusty winds to the Florida Peninsula Sunday afternoon and evening.

Isaias could unleash six inches of rain to parts of eastern Florida and a storm surge of 1 to 4 feet.

In St. Lucie County, officials on Sunday urged residents to avoid the beaches for several days due to rough surf and rip currents. Officials said they're also concerned about power outages.

By Monday morning, Isaias will be moving just off the northeast coast of Florida.
Isaias will then pick up speed, racing up the East Coast.

On Monday and Monday night, the Carolinas may see up to six inches of rain.
North Carolina Gov. Roy Cooper said he's activated up to 150 National Guard soldiers to help with the storm.