Monday, 03 August 2020_Iran says has imposed sanctions on an aide to US President Donald Trump's former national security adivsor, John Bolton, who is also a current member of the so-called Foundation for Defense of Democracies (FDD), under the Islamic Republic's anti-terrorism law. 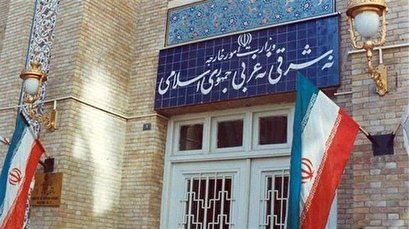 In a statement on Monday, the Iranian Foreign Ministry said Richard Goldberg — a member of the Washington-based FDD and a former aide to US National Security Adviser John Bolton — would be subject to sanctions.

The ministry underlined in the statement that the sanctions are in accordance with articles 4 and 5 of the Law on Combating Human Rights Violations and US Adventurous and Terrorist Actions in the Region, passed by the Iranian Parliament in 2017.

“To achieve the goals of the aforementioned law in imposing sanctions on American individuals who are actively involved in economic terrorism against the interests of the government and citizens of the Islamic Republic of Iran, Richard Goldberg, an affiliate to the FDD and former aide to the US national security advisor, John Bolton, will be placed under sanctions set forth in articles 6 to 8 of the said law,” the statement said.

Tension between Washington and Tehran entered a new phase when in May 2018, Trump unilaterally withdrew his country from a landmark 2015 nuclear deal clinched by the Islamic Republic and six world powers, officially known as the Joint Comprehensive Plan of Action (JCPOA).

Following its withdrawal, Washington targeted the Iranian nation with the “toughest ever” economic sanctions.

It is currently ramping up efforts to kill the JCPOA completely through pushing the remaining parties to the multilateral agreement to extend a UN arms embargo on Tehran.

Share to
Related News
A Member of the Islamic World Peace Forum: International Community Should have resistance toward US human right violation
Tags
sanctions ، united states ، Trump
Your Comment