Germany, France to end dependence on US in arms production: Report

Monday, 03 August 2020_Germany and France have reportedly decided to end their dependence on US technology in arms production and to produce fully European-made military hardware, amid a strain in transatlantic relations. 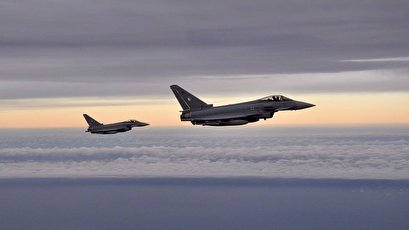 According to a report by German Newspaper Welt am Sonntag, the push to drop American technology is driven by the desire to be able to freely export military hardware to any third party that Germany and France find fit.

Currently, US law prevents the provision of hardware consisting of sensitive American technology from export by the United States’ European partners to certain other countries. Under the International Traffic in Arms Regulations (ITAR), the US maintains control over any equipment using its technology and can therefore block arms exports.

Welt am Sonntag said that with the new decision, arms manufacturers in France and Germany would phase out US technology in helicopter construction, make a new assault rifle for the German military, and build a new fighter jet under a joint program.

“Without ITAR and other US regulatory systems, Europe gets more freedom in who to supply with military products,” the newspaper quoted Florent Chauvancy, the sales director of the Helicopter Engines Department of the French manufacturer Safran, as saying.

“One of the advantages of 100-percent European-made products is that these enterprises’ data remains in Europe and does not fall into the hands of non-European countries,” Chauvancy added.

The report comes as Washington is pulling out some 12,000 troops from Germany in a move that Berlin says will weaken the NATO military alliance.