Tuesday, 04 August 2020_ Leader of the Islamic Revolution has awarded Imam Ali Officers' University with the ‘Flag and Order of Sacrifice’ for their bravery and self-sacrifying efforts in defending the country against the enemy's hostility 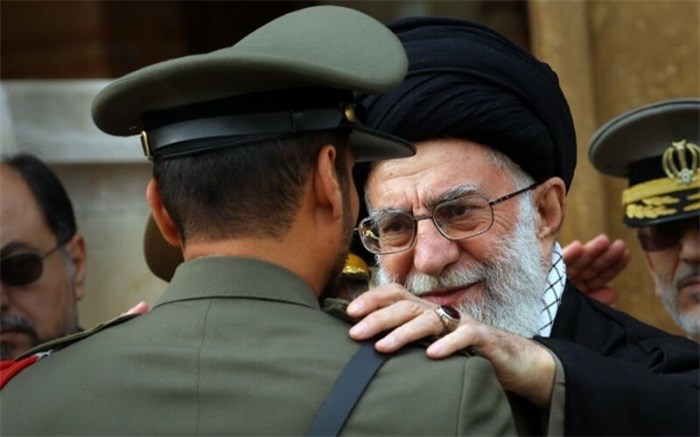 Leader of the Islamic Revolution, Ayatollah Seyyed Ali Khamenei, endowed the ‘Flag and Order of Sacrifice’ to the Military Academy upon the request of the Iranian “Army and the General Staff” of the Armed Forces of the Islamic Republic of Iran, for the encourages of the graduates of ‘Imam Ali Officer's University’ during the eight-year imposed war (1980-1988) against Iran by the former Iraqi dictator Saddam Hussein.