Tuesday, 04 August 2020_US Secretary of State Mike Pompeo has reportedly held a video meeting with the Taliban militant group’s Doha-based deputy leader Mullah Baradar Akhund to discuss a “peace” process between the Afghan government and the group. 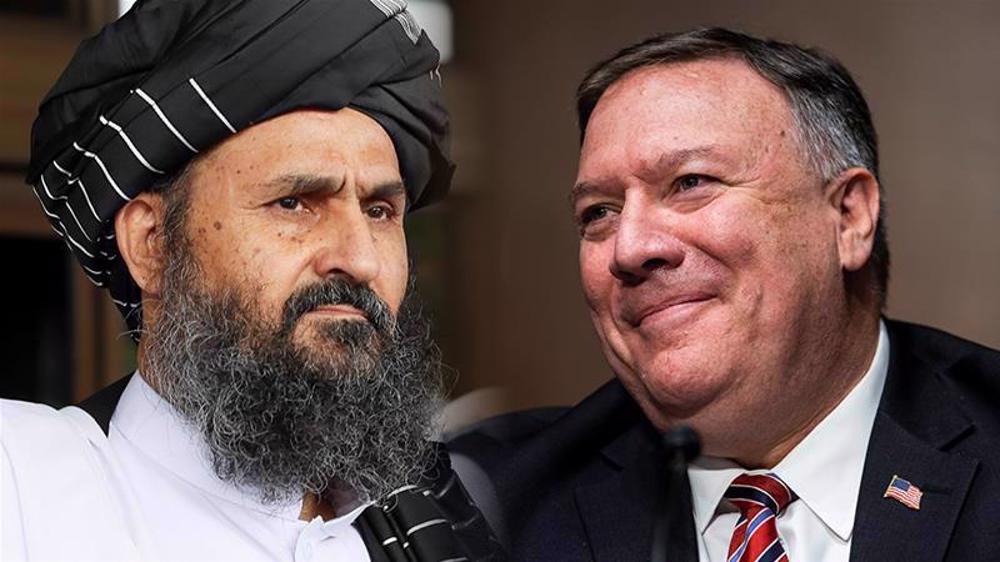 Suhail Shaheen, a spokesman for the Taliban’s office in Qatar, said in a Twitter post on Tuesday that Pompeo and Akhund had discussed the issue of the 400 Taliban prisoners allegedly still held by the Afghan government as well.

The prisoner swap has been an Afghan government obligation under a deal between the United States and the Taliban that was struck in February. Kabul was excluded from the talks, and the obligation was imposed on it.

The exchange has been regarded as a first step toward broader talks between the government and the Taliban. Its implementation has faced hurdles since the deal was signed in February.

The US-Taliban deal, which sets the stage for the withdrawal of all US-led foreign forces from Afghanistan, required Kabul to free some 5,000 Taliban prisoners in exchange for 1,000 Afghan security personnel held by the Taliban.

The Taliban say they have already fulfilled their side of the exchange. While the government has released most of the 5,000 Taliban prisoners stipulated in the deal, authorities in Kabul have refused to free hundreds of inmates accused of serious crimes that the militant group has requested to be released.