Wednesday, 05 August 2020_US President Donald Trump’s former aide has slammed him for “spitballing” on the cause of a huge explosion in Beirut. 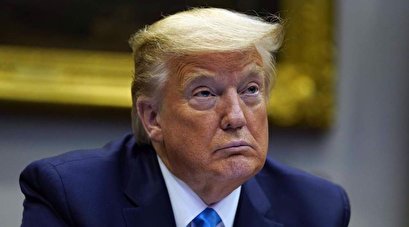 The blast occurred on Tuesday, claiming more than a hundred lives and injuring thousands more. It also sent seismic shockwaves through the capital.

Following the incident, Trump cast the explosion as a possible attack, in spite of statements by Lebanese leaders who said it was likely caused by highly explosive material that had been stored at warehouses in the capital for years.

"The United States stands ready to assist Lebanon," Trump said at a White House briefing. "It looks like a terrible attack."

Trump was criticized by Brett McGurk, a former national security official in his administration as well as under former presidents Barack Obama and George W Bush, who said his remarks were "wildly irresponsible".

"It's wildly irresponsible for a president to stand at the [White House] podium and spitball about an international incident like this as hundreds of casualties are still missing or being treated," he said on Twitter.

He added that the US Defense Department "should clean this up tonight".

Meanwhile, Walter Shaub, a former director of the US Office of Government Ethics, said the US should "avoid speculation and wait until we have information from a reliable source".

"The President of the United States of America is not a reliable source," he noted.