Indian-Kashmir under curfew on first anniv. of special status abrogation

Thursday, 06 August 2020_Horror scenes from the previous year revisits Kashmir after India imposed curfew on the first anniversary of the abrogation of Kashmir special status. 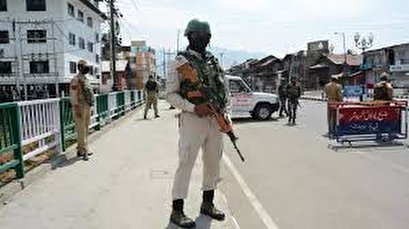 The two-day curfew came amid reports of looming protests in Kashmir where locals had called for the anniversary to be marked as a "black day".

Back in 2019 august 5, India imposed an overnight curfew in Indian controlled Kashmir, snapped all the means of communications and imposed a massive security crackdown on the people. Caught unaware people of the region were caged for months together after India unilaterally stripped Kashmir of its special status and bifurcated the region into two parts.

New Delhi says the move was aimed at mainstreaming Kashmir with the rest of India in order to bring equal opportunity, justice and development. Today one year down the line let us know how Kashmir is doing?

Soon after the abrogation of Kashmir special status New Delhi started to issue domicile residency certificates to non residents of Kashmir, who now will be eligible to own property and secure government jobs which were otherwise entitled to Kashmiri people only.

A year after India’s move in Indian controlled Kashmir the region has slipped into stagnant mode with all the major sectors of life and economy at a halt including education.