Hook’s resignation signals failure of US foreign policy on Iran

Saturday, 08 August 2020_The abrupt departure of Brian Hook, the US special representative for Iran, is indicative of the fact that the American foreign policy towards the Islamic Republic is in a state of complete disarray. 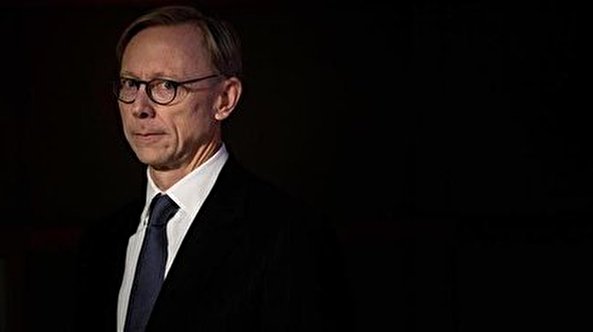 US Secretary of State Mike Pompeo confirmed in a statement on Thursday that Hook, who has worked as the special envoy since August 2018, was stepping down from his post. Pompeo said Hook would be replaced with Elliott Abrams, who currently serves as the Department's special representative for Venezuela, and is also a US foreign-policy hawk and Iran hard-liner.

Hook, who had been executing Trump's "maximum pressure" policy toward Iran, was working closely with Pompeo and leading the charge on efforts to prevent the lifting of the arms embargo on Iran which will expire in October under UN Security Council Resolution 2231, which endorses Iran nuclear deal, officially known as the Joint Comprehensive Plan of Action (JCPOA).

The US-brokered extension of arms ban against Iran is certainly to be another defeat on Hook’s major diplomatic initiative at the UN Security Council next week as China and Russia, two veto-wielding members of the Security Council, are unlikely to back the resolution.

By and large, the tenure of Hook over the past two years failed to yield the kind of high-profile victory the White House once had hoped for but, in the first place, what seems to have further complicated the situation at the White House is the unilateral withdrawal of Washington from the JCPOA and its obdurate abstinence from rejoining the 2015 landmark deal in the wake of colossal backlash from the international community.

“The administration is sunk in a deep rut of its own devising, with no pathway to negotiations,” said Barbara Leaf, a former US ambassador to the United Arab Emirates during the administrations of Trump and his predecessor, former President Barack Obama.

Some former officials are also of the opinion that Abrams is likely to use the remaining months before the election to tighten the screws on Iran, whether through an increase in the acts of sabotage inside the country or by further deepening US relations with Israel.

“I think Abrams is much smarter than Hook. He may be more effective,” one former US official said. “They don’t have time to get things done, but they do have time to make trouble.”