Sunday, 09 August 2020 (YJC) _The Iranian Foreign Minister attended the Lebanese embassy in Tehran and signed the memorial note for the victims of the Beirut incident. 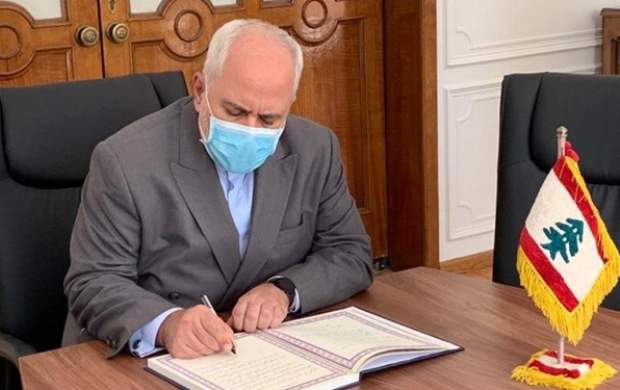 In his Sunday attendance at the Lebanese embassy in Tehran, The Iranian Foreign Minister, Mohammad Javad Zarif, signed the memorial note for victims of Beirut incident and expressed his condolences to the families of the victims.

last Wednesday, In his telephone conversation with Lebanese Foreign Minister, Charbel Wehbe, Zarif expressed his condolences to the Lebanese people and government and said that Tehran was prepared to provide any assistance be it in the form of infrastructural or urgent needs, specifically in the humanitarian field.

Last Tuesday, a catastrophic explosion took place in a warehouse in Beirut. The blast has killed more than 150 people and injured more than 5,000, according to the Lebanese Ministry of Health.