Sunday, 09 August 2020_US President Donald Trump abruptly ended a news conference after being challenged by a reporter about a false claim he often makes about veterans health care. 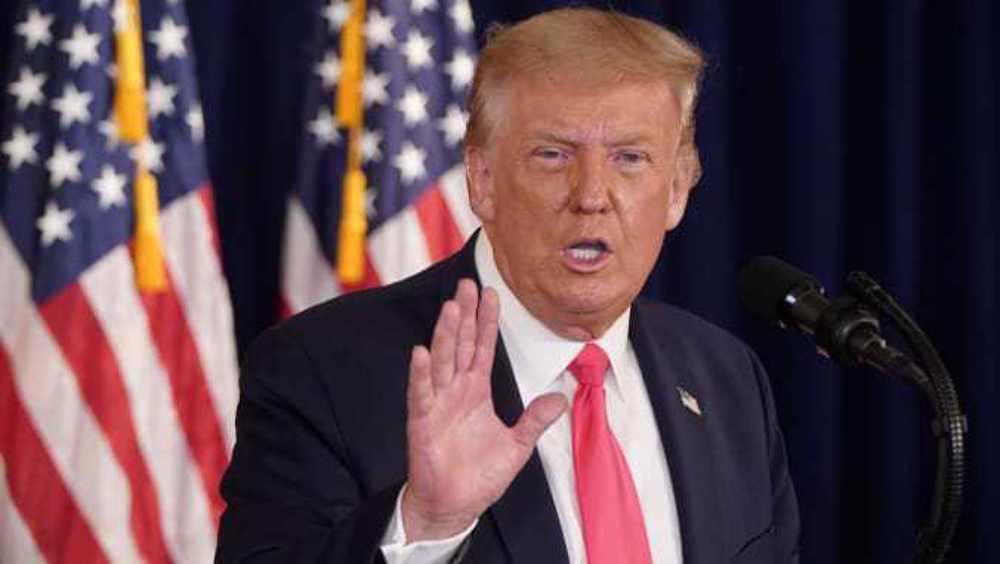 Trump was taking questions from the press at his golf club in Bedminster, New Jersey, after signing four executive orders on Saturday.

Towards the end of the session, Trump was challenged by CBS News journalist, Paula Reid, after the president again falsely claimed that his administration was the one that signed into law the Veterans Choice program, a measure expanding health care options for eligible veterans.

"Why do you keep saying that you passed Veterans Choice? It was passed in 2014," Reid asked Trump.

The president appeared to try to cut her off before the reporter punched back, "It's a false statement, sir."

Trump gets frustrated when @PaulaReidCBS won't stop trying to ask him a question about why he keeps lying about Veterans Choice, then abruptly ends the news conference as "YMCA" plays pic.twitter.com/Z3uVxebKGH

Trump then abruptly ended his wide-ranging question and answer session with reporters and walked away from his lectern.

"OK. Thank you very much, everybody," he said before leaving the room.

The Veterans Choice program had been co-sponsored by Senators Bernie Sanders of Vermont and the late John McCain of Arizona and signed into law by former President Donald Trump in 2014.

The program allows eligible veterans to be covered by the government for healthcare provided by doctors outside the VA system.

Trump has tried, more than 150 times, to take credit for the initiative, claiming that he is the one who got the Choice program passed.

In 2018, Trump signed the VA MISSION Act, which modified and expanded the eligibility for the Choice program.