Monday, 10 August 2020_At least three shooters opened fire during a large, unauthorized gathering of people in Washington early on Sunday, killing a teenager and wounding 20 others, including a critically injured police officer, authorities said. 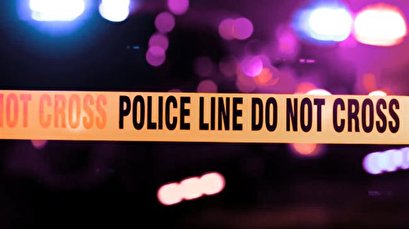 The gunfire broke out during a gathering of hundreds of people in a southeast district of the nation's capital, DC Metropolitan Police Chief Peter Newsham and Washington Mayor Muriel Bowser said at a press conference.

8.9.20 Chief Newsham provides an update on shooting that occurred in the 3300 block of Dubois Place, SE pic.twitter.com/T2RWNNEHEi

Local media called the event an "unsanctioned block party" in a residential neighborhood. Bowser said it violated the city's coronavirus-induced ban on large public meetings of more than 50 people.

"There were certainly was too many people out there, you know, with the COVID-19," Newsham said.

"We can't tolerate these types of gatherings in our city during COVID-19. It's just too dangerous," he added.

Newsham said at least three shooters opened fire when a dispute broke out at about 12:20 am EDT (0420 GMT), striking 21 people, including an off-duty police officer.

"She is struggling for her life right now at a local hospital," Newsham said, saying the officer was among at least 11 women hurt.

Killed was Christopher Brown, 17, who was pronounced dead at a local hospital, Newsham added.

Most of the victims were adults and, aside from the police officer, none of the injuries were considered life-threatening, Newsham said.

Bowser, wearing a face mask like Newsham, noted that people cooped up at home, as advised by medical experts to stop disease spread during the coronavirus pandemic, were starting to break rules, like those limiting the size of gatherings to allow for social distancing.

"There are cookouts that have happened peacefully for years and years that are just spinning out of control," Bowser said.

"Sadly, several people who have no regard for human life opened fire at what had been people gathered together, enjoying themselves," she said.

Newsham said police had tried to break up the gathering but apparently lacked the manpower to do so. "It doesn't sound like we had enough officers to disperse the crowd," he said.

No details were immediately available on the suspected shooters. Multiple weapons, including handguns, were confiscated from the scene, Newsham said.