Monday, 10 August 2020_The memo Trump signed Saturday extends the enhanced unemployment benefits that expired about two weeks ago. The benefits will be lowered from $600 to $400 per week, with states required to cover 25 percent of the cost. 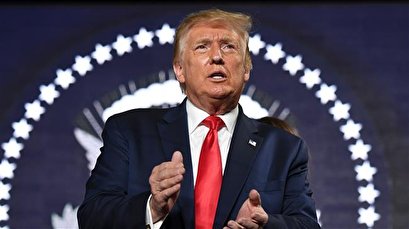 Speaking to reporters Sunday on his way home from his New Jersey resort, however, Trump said some states may not have to pay, adding that "it will depend on the states." He said states will make an application that will be reviewed by the White House.

"So you know, they may be, they'll pay nothing in some instances or maybe they'll -- a little bit like the National Guard, like the National Guard, as you know. Sometimes we'll pay all of it depending on the tragedy, or whatever it may be, the disaster," he added. "Sometimes the state will pay 40%, 25%, 10% or nothing -- depending on how it works out."

CNN's Dana Bash pressed Kudlow on his comments, noting the memo states $400 dollars and the state would pay 25 percent of it.

"You're talking about some other money that I don't know about," Bash said.

"We will stand ready to repurpose if states put in a little bit more," the economic adviser replied.

Kudlow said the White House will "probably find out today and tomorrow" which states and territories will be able to afford the payment.