Monday, 10 August 2020_Two key Lebanese ministers insist that the cabinet of Prime Minister Hassan Diab will remain in office to resolve the situation in the aftermath of a huge explosion that hit Beirut port. 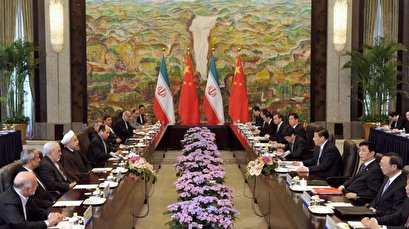 Labor Minister Lamia Yammine and Minister of Industry Imad Hoballah made the assertion on Sunday amid apparent attempts by some foreign powers and media outlets to meddle in the country’s internal affairs following the explosion.

The Tuesday blast, caused by explosion of some 2,750 tons of ammonium nitrate at the port, destroyed the country’s main grain silo, killing at least 158 people and injuring some 6,000 others.

Speaking after a ministerial meeting chaired by Diab, Yammine affirmed that the cabinet had no intention to step down.

“Our government is strong. We continue our efforts and are committed to carrying out our responsibilities towards the people,” she said.

Hoballah separately posted a tweet, saying that some were calling for cessation of underway criminal and legal investigations into the blast.

“But we will not resign…and not succumb to pressures and blackmailing,” he said, adding the cabinet will stand by its duty to enable reforms in the country and identify those responsible for the explosion.

Thousands rallied across the capital on Saturday and Sunday, accusing authorities of incompetence as they occupied many ministries and tried to break into the parliament. Televised footage showed a fire breaking out at the entrances to the parliament square in central Beirut.

Hoballah had earlier said that those invading the ministries were trying to destroy the documents and evidence of corruption.