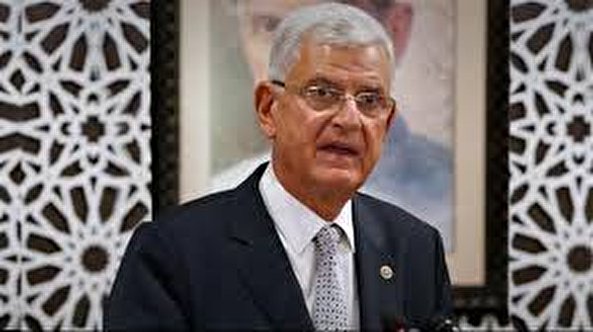 Volkan Bozkir, a former Turkish diplomat, who will assume the office as UNGA President on Sept. 15, arrived in Islamabad on Sunday evening for a two-day visit. His visit to the country last month was postponed due to some “technical flight problems”.

During his meeting with the UN official, Pakistan's Prime Minister Imran Khan apprised him of the situation in Kashmir over the past year.

since August last year when the disputed territory was merged into Indian federation, the UN Security Council has held three meetings to discuss the pro and cons of India’s controversial decision which was in defiance of its numerous resolutions calling for plebiscite.

The UN General Assembly is expected to take up Kashmir dispute during its 75th session slashed for September under Bozkir. The UN officials also held talks with Pakistan's foreign minister on Kashmir.

Reports say the violence has been on the rise in disputed Kashmir since New Delhi annexed Kashmir into its federation. New Delhi says the move was aimed at mainstreaming Kashmir with the rest of India in order to bring equal opportunity, justice and development.

The International Crisis Group, a Brussels-based think tank has pointed out that now Indian disputed Kashmir region is less stable than it was before August 2019. And continuing clampdown by Indian security operation against Kashmiri population, is likely to further push more youngsters to violence against New Delhi.