Tuesday, 11 August 2020 (YJC)_ Venezuelan President has calls relations between Iran and his country are “deep-rooted” and “long-lasting”. 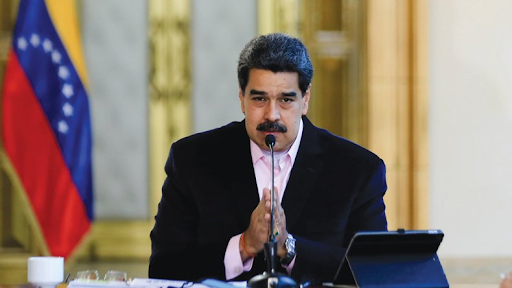 Venezuelan President, Nicolas Maduro, said in his statement on the occasion of 70th anniversary of Iran-Venezuela diplomatic ties “during recent years deep, everlasting and unbreakable relations have been established between the two countries, and have been elevated with the aim of defending the sovereignty”.

Maduro also expressed his proud in this history.

Back in July, Presidential chief of staff, Mahmoud Vaezi said Iran appreciates Venezuela administration and people. He also pinpoints his country is open to more deeper collaborations with the country.

During his meeting with the Venezuelan president’s special envoy, Jorge Marquez, Vaezi said: “Iran’s political determination is supporting the legal Venezuelan government and helping the people of this country solve their problems,”

He, moreover, noted that, United States is looking to deteriorate the freedom of civilians, in specific in Iran and Venezuela.

“with the aid of unity and cooperation we should overcome the enmity and hostility of the enemies sanctions” he added.

In response, The Venezuelan envoy delivered a written message from his President to Iran’s President, Hassan Rouhani, and said “Iran-Venezuela relation is deeply rooted and calls for the expansion of ties” appreciating the fact that Tehran backs Venezuela.