Tuesday, 11 August 2020 (YJC)_ Iranian Foreign Ministry Spokesman and his Russian counterpart called for regional cooperation, and opposed the sanctions that West has imposed against the regional countries. 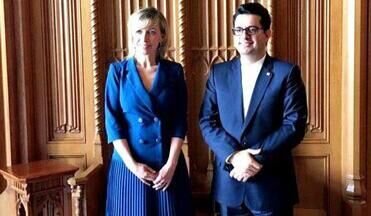 Abbas Mousavi made remarks in the video conference by urging regional unity and condemning the West sanctions against the region.

He also rejects the claims freedom from west media and said “unfortunately, nowadays media returns to be a device of psychological battle that endorse fake, unreal news”

In the webinar, Both Russian and Iranian sides discussed how to cooperate in the media field and deal with conspiracies from the West.