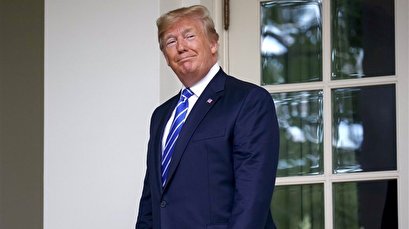 Dr. John Zinner, the former head of the Unit on Family Therapy Studies at the National Institute of Mental Health (NIMH), made the remarks in an interview Raw Story published on Tuesday.

When asked by Yale forensic psychiatrist Bandy X Lee about a memoir, in which the president’s niece Dr. Mary L Trump called him a “narcissist,” he said he agreed with her.

He also criticized Trump for failing to lead the country properly during the coronavirus crisis.

“We are being struck by a perfect storm, a combination of a deadly pandemic combined with an utter failure in leadership by the very person who should have been in charge of preventing this terrible national emergency,” Dr. Zinner said.

He called Trump an “incompetent” president who has “has failed” the American people.

“Donald Trump has failed us because he is, as he has always been, incompetent, and he suffers from extremely severe mental disorders, which render him incapable of attending to any issue beyond his own personal need for adulation."

“The mental condition he suffers most from is formally known as a severe instance of narcissistic personality disorder,” he added.

He went on to say that the disorder “is the failure in childhood and beyond to develop an inner sense of worth or self-esteem,” noting, it “makes one’s worth entirely dependent upon admiration from others.”