Thursday, 13 August 2020_Americans' confidence in the police fell to the lowest level recorded by Gallup in the nearly 30 years it has been tracking such data, driven in part by a growing racial divide on the issue. 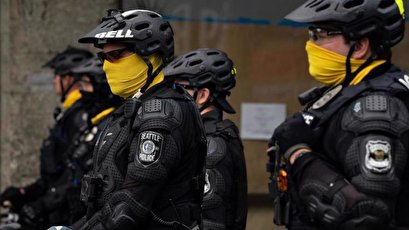 About 48% of Americans said they have a "great deal" or "quite a lot" of confidence in police, down from 53% the previous year and an all-time high of 64% in 2004, according to a Gallup poll released Wednesday.

The poll was done in the weeks after George Floyd was killed by a white Minneapolis police officer sparking a protest movement against police brutality and systemic racism across the country. Gallup began tracking the question in 1993, the year after the Rodney King riots in Los Angeles.

"Pretty much since the beginning we’ve always seen a gap in confidence in police between Black and white Americans," said Jeff Jones, Gallup senior editor.

The racial divide on the question, which has been growing for years, reached its largest point in 2020: 56% of white adults say they have “a great deal” or “quite a lot” of confidence in the police, while just 19% of Black adults say the same.

Researchers found the gap has been widening since 2014, the year after the Black Lives Matter movement began in Ferguson, Missouri, in the wake of the acquittal of George Zimmerman in the killing of Trayvon Martin in Florida. Over the following six years, Black Americans' confidence in police began to drop, while white Americans' trust in law enforcement remained fairly steady.

Jones said it was "not surprising" that the drop in confidence came amid the resurgence of the Black Lives Matter movement and growing calls for cities to "defund the police," or take money away from police departments and reinvest that money into social programs.