First shipment of Iranian marble was exported to China

Thursday, 13 August 2020 (YJC)_ The Director-General of Ports and Maritime Department of Sistan and Baluchestan, on Thursday, announced the freighting of the first shipment of Iranian marble to China through the port of Chabahar. 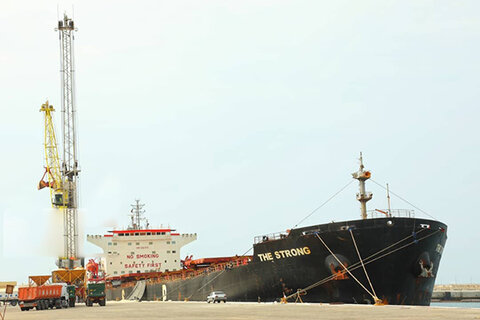 The Director-General of Ports and Maritime Department of Sistan and Baluchestan, Behrouz Aghaei, noted: "By dispatching the first shipment of Iranian marble to China, the prosperity of trading in this port became closer”

Tendency to use Chabahr port to transfer cargo to their destination from Iran is significant among countries such as “China, India, Pakistan, and Afghanistan” as it owns a suitable infrastructure and provides good services.

As Iran’s only oceanic port, Chabahar Port is a seaport located in southeastern Iran, on the Gulf of Oman. It consists of two separate ports named Shahid Kalantari and Shahid Beheshti, each of which has five berths.