Turkey: Regional people will not forgive UAE for 'betraying' Palestinians

Friday, 14 August 2020_Turkey says history and the conscience of the people of the region will not forget and forgive the "hypocritical behavior" of the United Arab Emirates (UAE) in agreeing a deal to normalize ties with Israel. 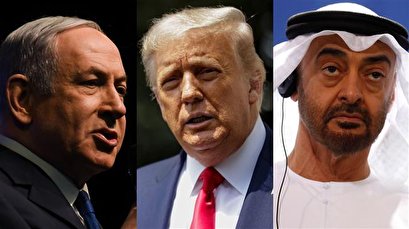 The Turkish Foreign Ministry said Friday, "While betraying the Palestinian cause to serve its narrow interests, the UAE is trying to present this as a kind of act of self-sacrifice for Palestine."

"History and the conscience of the people living in the region will not forget and never forgive this hypocritical behavior," it added.

A high-ranking Turkish official also condemned the deal, saying defeat and humiliation awaits all those who have betrayed the Palestinian nation and cause.

“History will definitely record the defeat of those who betrayed the Palestinian people and their cause,” Ibrahim Kalin, spokesperson for Turkish President Recep Tayyip Erdogan, wrote in a post published on his official Tweeter page on Thursday.

He termed the deal a “blow to the [so-called] Arab Peace Initiative and the decisions of the Arab and Islamic summits, as well as an aggression against the Palestinian people.”

The so-called Arab Peace Initiative, proposed by Saudi Arabia, calls on Israel to agree to a “two-state solution” along the 1967 lines and a “just” solution to the Palestinian refugee issue.

Abu Rudeinah urged other Arab countries not to “bow” to US pressure to normalize relations with Israel at the expense of Palestinian rights.