Friday, 14 August 2020_The United States says it is suspending all private charter flights to Cuba, in yet another move to intensify economic pressure on the government of President Raul Castro over human rights accusations and its support for the Venezuelan government, which Washington seeks to overthrow. 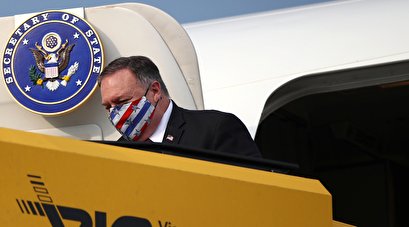 US Secretary of State Mike Pompeo announced the measures on Thursday, accusing the government of Castro of using tourism and travel funds to finance what he called abuses and interference in Venezuela.

“Dictators cannot be allowed to benefit from US travel,” he said.

The order will suspend all charter flights between the US and all airports in Cuba, except for authorized public charters to and from Havana.

But it will allow authorized charter flights "and other travel deemed in the interest of the United States," according to the US Transportation Department.

For most existing charter flights the suspension becomes effective on October 13.

"This administration will continue to target and cut the revenue the Cuban government earns from landing fees, stays in regime-owned hotels, and other travel-related income,"  Pompeo.

Cuba's top diplomat on relations with the US, Carlos Fernandez de Cossio, however, said the measures will have "little practical impact."

Florida — a key battleground which President Donald Trump hopes to win in the November presidential election — is home to conservative Cuban-American groups, who welcome Washington's hardline policies toward Havana.