Saturday, 15 August 2020_Iranian Foreign Minister Mohammad Javad Zarif says a “treacherous” deal between the Israeli regime and the United Arab Emirates (UAE) to establish relations between the two sides does not affect the Palestinian resistance against the Tel Aviv regime. 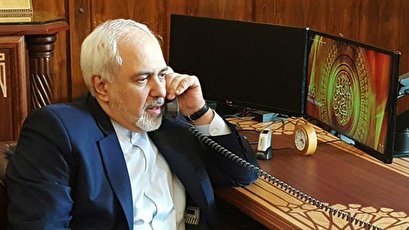 The senior Iranian diplomat made the remarks in a telephone conversation with Islamic Jihad resistance movement Secretary General Ziad al-Nakhala on Friday, deploring Abu Dhabi and the Zionist regime’s much-condemned agreement as worrying.

Israel and the UAE on Thursday reached the deal that will lead to a full normalization of diplomatic relations between the two sides, in an agreement that US President Donald Trump apparently helped broker.

Under the agreement, Israel has allegedly agreed to suspend applying its own rule to further areas in the occupied West Bank and the strategic Jordan Valley that Prime Minister Benjamin Netanyahu had pledged to annex.

The deal has already drawn condemnation from various Palestinian groups as well as their supporters from across the world.

He also stressed that the so-called deal would “certainly increase the hatred of the people of the region and Palestinians for such policies that are against the Palestinian cause.”

Earlier on Friday, the Iranian Foreign Ministry had condemned the agreement, calling it an instance of “strategic folly” that would only end up strengthening the regional resistance front.

While appreciating Iran's permanent support to the Palestinian cause, Nakhala, for his part, said that the “vicious act” would not affect the resistance of the Palestinian people.

Shortly after the announcement of the Israel-UAE deal, the Islamic Jihad, while lambasting the agreement, had stressed that it was a sign of submission of Abu Dhabi to Tel Aviv without having any effect on reducing conflicts in the occupied Palestinian territories.

Share to
Related News
Since 1979, US Desperately Tried to Revive the Past
Tags
tel aviv regime ، resistance ، Palestinian
Your Comment