Sunday, 16 August 2020 _Ali Akbar Velayati, an international adviser to the Leader of the Islamic Revolution, denounced the agreement between the United Arab Emirates and Israel on the normalization of ties, saying it would only hasten the termination of the Zionist regime. 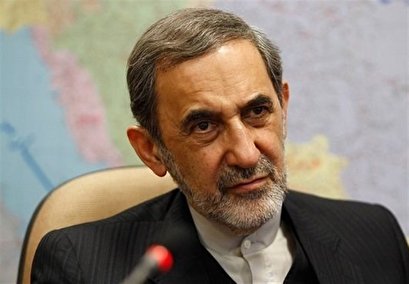 In a statement released on Saturday in his capacity as secretary general of the World Assembly of Islamic Awakening, Velayati slammed the agreement between the UAE and Israel as “ignominious and reprehensible.”

The deal would only result in Abu Dhabi’s isolation, alienation from the rest of the international Muslim nation, and engender such level of Islamic awakening among the regional peoples that “will precipitate the Zionist regime’s disintegration,” he added, press TV reported.

Following Israel’s occupation of Palestinian and other Arab territories, the regime scored successive victories against the Arab front due to lack of alignment and necessary cooperation within the Arab world, the statement said, adding that Tel Aviv’s victories were owed to some Arab states’ clandestine collaboration with the global arrogant powers and the Zionist lobby.

However, victory of Iran’s Islamic Revolution in 1979 and removal of the country’s US-backed and Israel-allied former regime “invited a new phase in the developments that concerned Palestine, and the course of the (regional) resistance tipped the balance of power in favor of the oppressed people of Palestine,” Velayati said in the statement.

The advisor also cited Israel’s failure to impose its conditions on Lebanon and the Gaza Strip during the wars that the occupying regime waged against the territories in the 2000s as cases in point.

The official went on to elaborate on some more recent victories that have been scored by the regional resistance front in the face of Israel and the countries that support it.

The United States, Israel’s biggest ally, suffered a “terrible defeat” in its effort to impose its hugely pro-Tel Aviv “deal of the century” scheme earlier this year, while Washington and its allies failed to break down the axis of resistance in Iran, Iraq, Syria, Lebanon, and Yemen, the statement said.

The Assembly finally urged all Muslim states and nations to openly condemn the normalization push, and “spare no effort until the final victory of the Palestinian cause, i.e. disintegration and fall of the usurping Zionist government.”