Qatar is emerging for the second time in a decade as the only Arab state without a peace treaty and diplomatic relations to have invested in Israel. 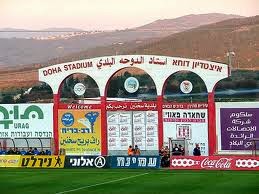