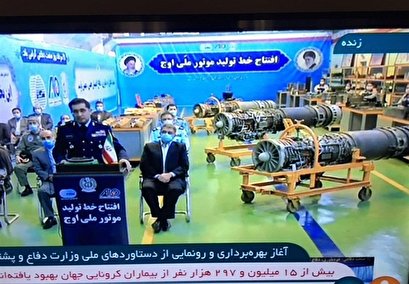 The Defense Ministry launched the assembly line for the Owj jet engine on Thursday during a virtual ceremony attended by Iranian President Hassan Rouhani and military officials.