Saturday, 22 August 2020_Just days before his inauguration, Donald Trump claimed that he was more in tune with the African-American community than a group of prominent civil rights activists, including the son of slain civil rights leader Martin Luther King Jr. 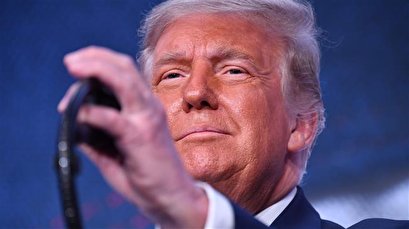 The meeting between Trump and the activists, including Martin Luther King III, William Wachtel, and Riverside Church pastor Dr Rev James Forbes, was arranged by Presidential Transition Team aides as a way to settle tensions between the incoming president and the African-American community.

But the event quickly became, in the words of one Trump aide, “the most disastrous outreach meeting in the history of presidential transition”. According to a recording and transcript of the meeting — both of which have now been passed to The Independent — Trump spent far more time airing his own grievances and making outrageous claims than listening to the activists’ concerns.

After boasting of having been recognized by Time as the magazine’s “Person of the Year”, Trump told the group of civil rights activists: “I listen better to the African-American people than anybody else. Anybody else in this room.”

Trump’s declaration that he was better at listening to African-Americans than the son of Martin Luther King Jr stunned both the transition officials and the invited guests who’d come with King.

“I was so embarrassed,” said one transition team member who heard the exchange. “Who in their sober, right mind would say to Martin Luther King III, whose father gave his life fighting for equality for people of colour, would say they did more — as in more than giving up your life — for black people than anybody else?”

The staffer added that Trump at times appeared unaware of what the meeting was about and with whom he was meeting.