Russia blames US for tense confrontation in Syria

Thursday, 27 August 2020_Moscow has blamed Washington for a tense confrontation in Syria after the US reported injuries among its troops in a “collision” with a Russian vehicle, saying the incident happened when the US military tried to hinder a Russian patrol there. 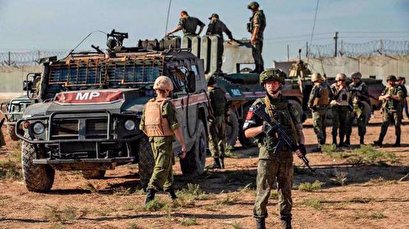 According to the US National Security Council (NSC), a Russian vehicle struck a US mine-resistant all-terrain vehicle on Tuesday morning, “causing injuries to the vehicle’s crew.”

According to the NSC, the incident took place near a location it described as “Dayrick”, a possible reference to Derik, near the Turkish and Iraqi borders.

Russia’s Defense Ministry released a statement on Thursday, saying that it had warned the US-led coalition forces in advance that a column of its military police would pass through.

“In spite of this, in breach of the existing agreements, the US troops attempted to block the Russian patrol” it said, adding that Russian military police took the “necessary measures” to end the incident and carry on their mission.

Moscow said the chief of the Russian General Staff, Valery Gerasimov, gave “full explanations” in a phone call with General Mark Milley, the chairman of the US Joint Chiefs of Staff.

According to Politico, which first reported the incident, citing a draft military statement, four American soldiers were diagnosed with mild concussion.

AP quoted an American official as saying that that the incident happened deep inside the de-confliction zone in eastern Syria.

As US troops pulled out of bases near the Turkish border, Russian troops moved in and now control a US-built airstrip in the region.

Multiple videos that surfaced on social media show US and Russian vehicles in close proximity, each group trying to convince the other convoy to disperse.

A video from the Russian troops — posted via RusVesna.Su, a Russian website, and then re-posted on Twitter — shows US forces attempting to block the Russian forces’ path until they veer off into a field.

Then, a US Mine-Resistant Ambush Protected vehicle (MRAP) appears to collide with a Russian vehicle as Russian helicopters fly overhead.