Friday, 28 August 2020_Iran chides the US secretary of state for insisting that the UN Security Council’s sanctions against the Islamic Republic will return in September as desired by Washington, although the odds are obviously stacked against the United States. 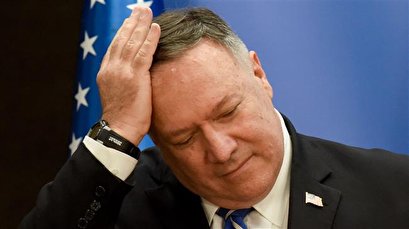 Foreign Ministry Spokesman Saeed Khatibzadeh mocked Mike Pompeo’s intransigence in a tweet on Thursday after the US top diplomat alleged that the coercive measures will automatically “return on September 20.”

13 members, incl. President of UNSC have declared that America has NO legal standing in the first place to recourse to 2231, as it's not a JCPOA participant.

The clock is ticking just in Pompeo's
parallel alternate universe! This happens when an ex-spymaster leads US diplomacy. pic.twitter.com/k7LlHTT33t

The bans would be reinstated if the UNSC were not to be presented with a resolution to waive the sanctions, Pompeo said, adding that even if a Security Council member chose to forward such a resolution, Washington would use its veto power to strike it down.

Khatibzadeh said that since last week, when Pompeo “notified” the UN secretariat that the US was launching a bid to have the sanctions restored, Washington has been snubbed by the overwhelming majority of the Security Council’s membership, namely 13 countries.

China has said Pompeo’s letter to the secretariat did not qualify as a “notification.” This, Beijing noted, was because the US had lost the right to have the sanctions restored as it has left the 2015 nuclear deal between Iran and world powers that includes the “snapback” mechanism Washington is trying to invoke.