Saturday, 29 August 2020_The United Nations Office for the Coordination of Humanitarian Affairs (OCHA) in Palestine says Israel forces have either demolished or seized a total of 25 Palestinian-owned structures in the occupied West Bank in just two weeks. 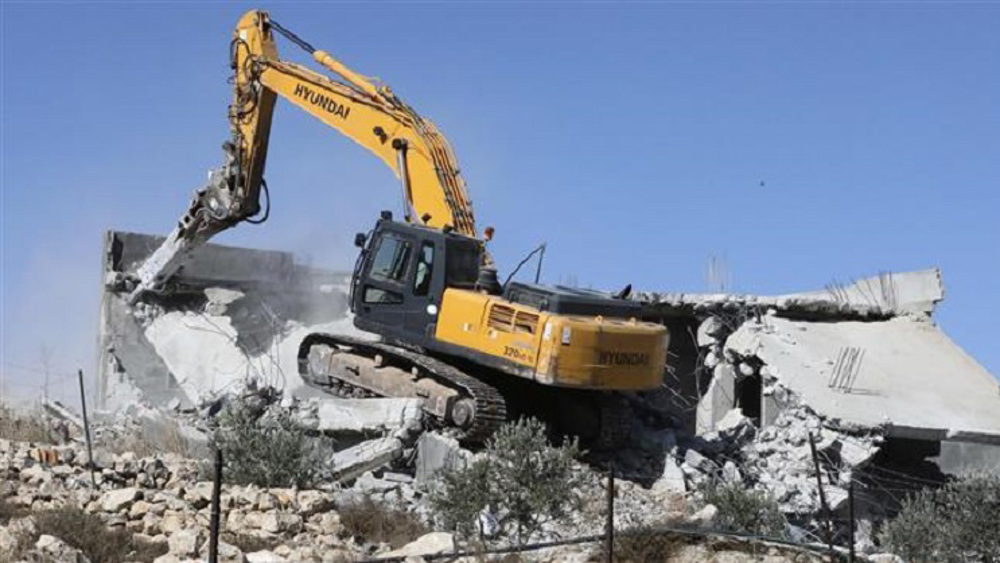 On Saturday morning, Israeli bulldozers, heavily guarded by the regime’s soldiers, demolished the structures under the pretext of lacking the necessary Israeli-issued building licenses, which are almost impossible to obtain, the OCHA said in a report carried by Palestine's official Wafa news agency.

The report added that the demolitions were carried out from 11 to 24 August, displacing at least 32 Palestinians and affecting 169 others.

A number of these structures were also situated in the East Jerusalem al-Quds, including an under-construction residential building in the Jabal al-Mukkabir neighborhood, the demolition of which triggered clashes resulting in one injury.

The report added that five of these structures in East Jerusalem al-Quds were razed by their owners, who were forced to do so to avoid Israeli-imposed demolition costs.

According to the OCHA, since January, about half of all 118 demolitions in East Jerusalem al-Quds were carried out by the owners, following the issuance of demolition orders by Israeli authorities for lack of construction licenses.

The Tel Aviv regime presses ahead with its expropriation of Palestinian land for the expansion of illegal Israeli settlements.