Sunday, 30 August 2020 _Russian President Vladimir Putin says there is reason to suspect that Western countries prepared their rejection of Belarus’ recent presidential election result before the vote was even held. 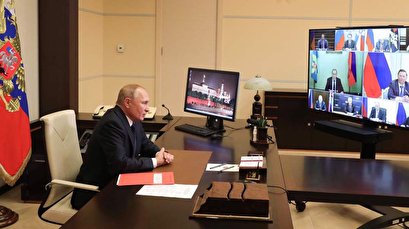 Speaking in an interview with the Russia-1 TV channel that was aired on Saturday, President Putin said Belarusian authorities had invited representatives from the Organization for Security and Co-operation in Europe (OSCE) to monitor the August 9 elections, which incumbent President Alexander Lukashenko won, but the OSCE refused to send monitors.

“Belarusian authorities have invited the OSCE ODIHR to participate in the monitoring of the election. Why didn’t they come? This immediately makes us think that, basically, the position on the results of this election has already been prepared,” Putin said, referring to the OSCE’s Office for Democratic Institutions and Human Rights.

Western countries and Belarus’ opposition have rejected Lukashenko’s re-election, claiming that voter fraud took place and demanding that the election be repeated. Mass protests have been staged by the Belarusian opposition since the results were announced.

The Belarusian government has rejected the allegations of vote rigging and ruled out a repeat election. Lukashenko has also warned of a Western plot to destabilize Belarus and has turned to President Putin for help with maintaining security.